The 2018 GBIHPBA ASM saw a return to Chesford Grange in Warwickshire in spring and, like previous meetings, proceedings started well and only got better over the two days.

President Ashley Dennison opened the meeting with all-important housekeeping messages, including “If there is a fire, run out of the building!” Happily, there no emergencies and the content of the presentations kept people firmly glued to their seats throughout. The meeting included talks on:

The first important session was on training HPB surgeons. Speaker Prof John Isaac from Birmingham looked back on the early days of specialist HPB surgery – the late 1960s – just a handful of surgeons and post-op survival at around the 12 month mark. Moving forward, the current surgical load in the UK is 45 surgeons performing around 16 operations a year. Delegates heard later from the Chinese contingent with much larger volumes of course. Prof Isaac concluded his talk by saying: “HPB and liver transplant skills are complementary and can be brought together to effect complex resections.”

In Reflections of a HPB surgeon, Ms Sarah Thomasset, a newly qualified consultant, aimed her talk at trainees, taking them through training, staying the course and achieving a consultant post. She advised: “Training can be a rollercoaster, with good weeks followed by terrible weeks. But you must carve out the time to consider your ideal future job and how to get it. The number of trainees will exceed the number of jobs available. Focus on the job and the unit which is right for you.”

Mr Altaf Awan then put the case for benign surgery having the same status as cancer surgery, describing some of the specialised skills needed for such surgery, the complex decision-making and training implications. His talk was well received by delegates with several questions and suggestions at the end. He concluded: “There is a bright future for benign surgery – it offers technical excellence, is very rewarding and is an evolving speciality.”

Andrew Smith, consultant pancreas surgeon in Leeds, took the stage for the last talk in the session to discuss HPB vs HP or HB, looking at training opportunities and the spread of units around the country and saying: “It’s clear that as broad a training as possible is the way forward. But there is an elephant in the room – we can`t ignore low volume, for example, low resection numbers with increasingly complex decisions and operations.”

A key session at the ASM saw Ali Stunt, founder of Pancreatic Cancer Action, take to the floor and give a patient perspective which was very well-received as were the personal testimonies from patients and their families.

GBIHBA was lucky to attract such a wealth of expert talent to its meeting, some of which came in the shape of Prof Guy Maddern from Adelaide whose first talk centred on Things we don’t know about HP surgery. He said: “We are trying to see over the horizon to help with planning. One way is to study systematic reviews to get a picture of where we are and what we can change to improve things. He described an ideal future in which there will be “RCTs for everything” – adding that “back in the real world we are looking for reliable and valid ways to move forward”.

Keith Roberts from Birmingham gave a presentation on pancreatic anastomosis and he was followed by Steve Pereira who looked at PanIN / IPN-B IPMN and took delegates through studies and reviews.

Ms Fenella Walsh spoke on the Evolution of liver first surgery – what is it and why it is contentious – and put the case for sometimes adopting this approach, adding: “Liver first offers a chance of long term survival in a poor prognostic group.”

The input of delegates and speakers from China added to the success of the meeting. In the session on international HPB surgery and surgical training, delegates heard from Prof Jian Zhou from the 2,500 bed Zhongshan Hospital in Shanghai, the first comprehensive teaching hospital in China founded by the Chinese.

After detailing the impressive size and scale of his hospital, Prof Zhou then described how surgeons find ways to deal one-to-one with patients to offer tailored help while, at the same time, bringing the expertise of a large group of specialists to bear on outcomes.

Prof Maddern returned to the stage to describe the Royal Adelaide Hospital, the third most expensive building the world and offered lessons for hospital builders of the future – more clinical input, avoid the disconnect between public / private partnerships and beware of unintended consequences, citing the example of large theatres stretching in total for 250 metres which then require increased staffing for safety.

Prof Darius Mirza completed the session describing his efforts setting up a liver transplant unit in India, with pitfalls on the way and

New technologies and developments were discussed on the Friday morning with several well-received talks including Andrew Biankin who updated delegates on Precision Panc, saying: “Patients and their families want to be in clinical trials and, crucially, they want treatments which will help them.”

Professor Peter Littler then offered a masterclass on thermal and non-thermal ablation.

An ‘International debate’ heard a Day in the life of a trainee surgeon in China which won praise from panel member Merv Rees who said it showed breadth and also depth. He expressed some concern that UK trainees were not able to gain a comparable level of expertise and experience, a thought echoed by Prof Maddern who said he had noticed a change in the skill level of UK trainees over the past 20 years.

GBIHPBA President Ashley Dennison suggested that UK trainees could still sell their specialist sills as USPs to other units.

Moving on to research and training, Stephen Fenwick said: “We are all driven by high quality research so the challenge is to incorporate this into the training of HPB surgeons.”

The Chinese delegates told the meeting that time and money for research was available to them while Ashley Denison expressed concern from a UK perspective that specialisms are losing surgeons to general practice with a focus on surgeons who can take on an acute load.

The UK came out well in the last topic of the session – the role of the clinical nurse specialists. GBIHPBA President-elect Mark Taylor said: “We would be lost without our clinical nurse specialists,” a sentiment echoed by Giles Toogood who added: “It is hard to imagine running a practice without their support. They are the go-to people for our patients and I would support them to them to run clinics.”

Past AUGIS President Ian Beckingham said that clinical nurse specialists provided the “quality aspect of our work.” However, the audience then heard that the post doesn’t exist in China and Prof Maddern said in Australia secretaries filled the role of patient liaison and that the concept of clinical nurse specialists hadn’t really gained traction in the past 20 years.

The meeting ended with a series of updates on Guidelines and position statements – and a promise to do it all again in two year’s time! 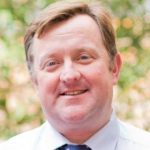